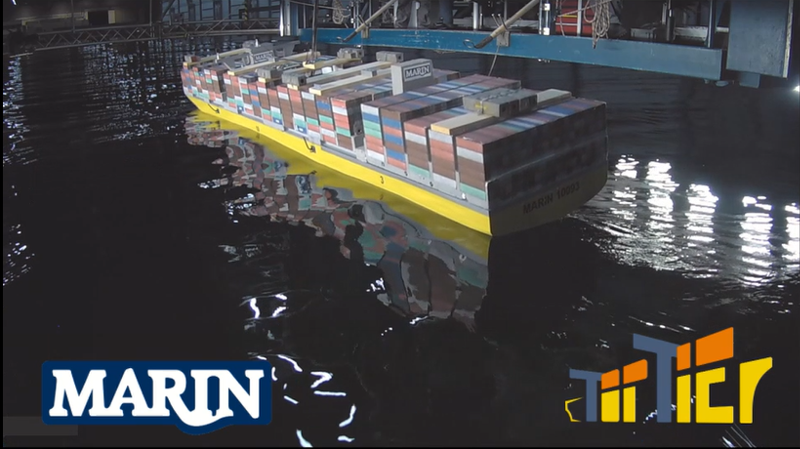 Early February, MARIN conducted a range of measurements for the TopTier JIP. In this Joint Industry Project, Flag-states, Ship-owners, Class-organisations, Research institutions and suppliers cooperatively investigate the loss of containers at sea. GBMS is partner in this project and uses the outcome of the tests to validate the GBMS SensoriumC-system. The result of this specific parametric roll tests was used to calculate the loads in the container stacks. When containers or lashes become visible the exceed a percentage of the maximum critical limit. The red colour means that 100% of the maximum limit is reached. Black means that 167% of this limit is reached, indication a probably fatal force in the containers stack. On board reals ships, GBMS can make these force visible on the bridge in real time such that the crew can take evasive actions even before the maximum critical limit is reached.