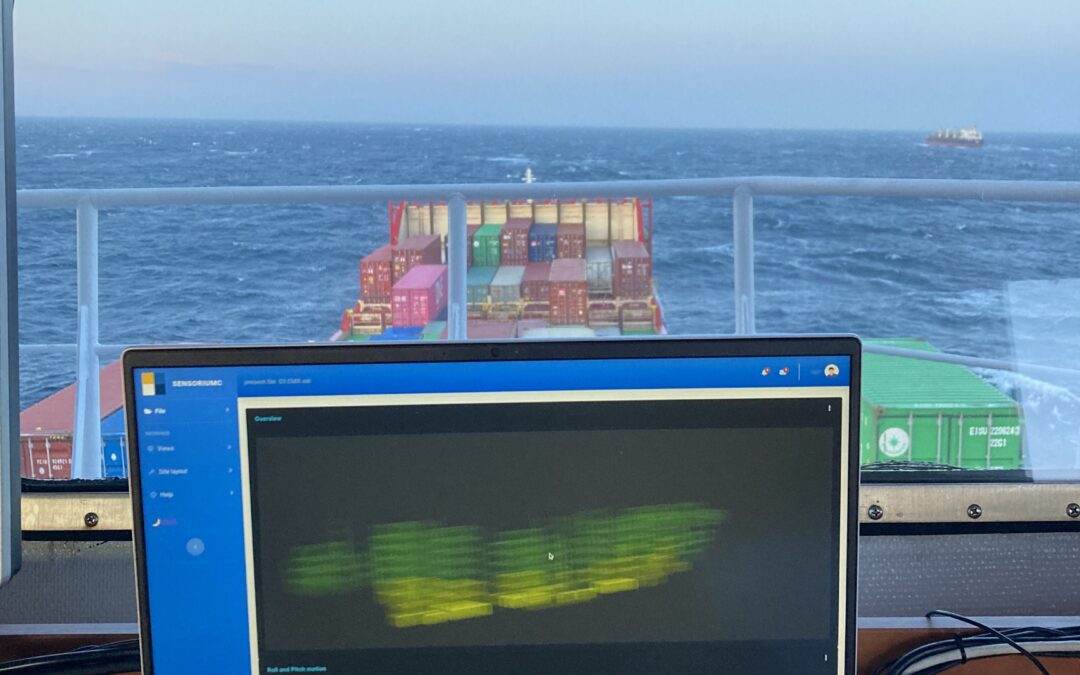 In July the SensoriumC release candidate was tested in seatrials

After the very fruitful tests in May, GBMS was welcomed once more onboard the OOCL Rauma to perform a second set of sea-trials. In the first tests, we focused on the measurements and sensor technique. In the present set of tests the focus was on the user-interface and stability of the system.

During the voyage the weather was more rough than in the previous voyage giving more insight in the working of the system. In discussions with the crew we again improved the interface, such that we can accomodate faster checking of the preliminary stowage plan (BAPLIE-files), make changes to the plan and export the files.

The system did perform realy well and although we found a couple of points where the system should be improved, we are confident that we perform the first commercial installment in October.